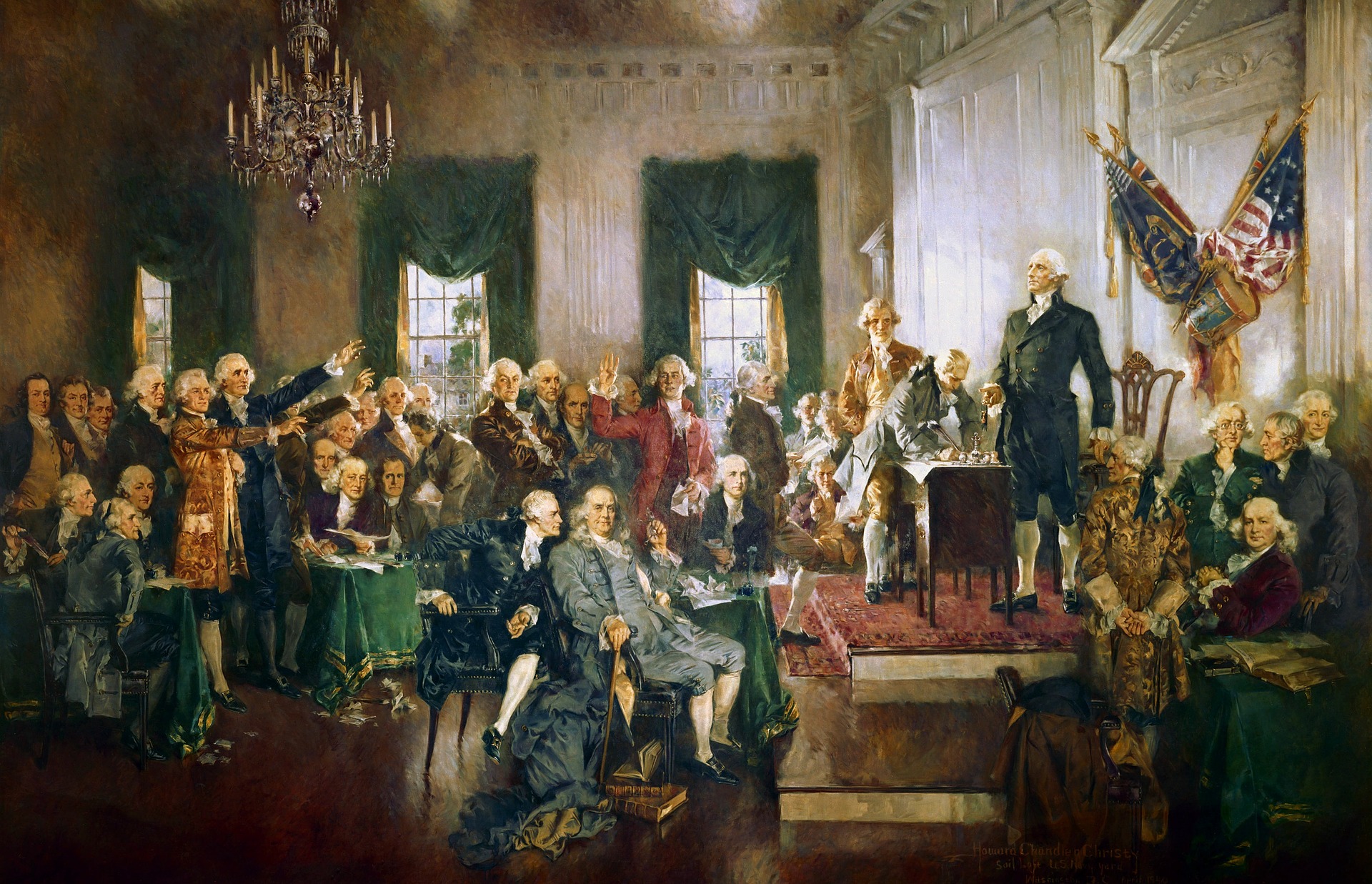 "We the People of the United States, in Order to form a more perfect Union, establish Justice, insure domestic Tranquility, provide for the common defence, promote the general Welfare, and secure the Blessings of Liberty to ourselves and our Posterity, do ordain and establish this Constitution for the United States of America."

Those words are familiar to most Americans as the Preamble to our Constitution. Constitution Day commemorates the formation and signing of the U.S. Constitution by thirty-nine brave men on September 17, 1787.

What is Constitution Day?

Constitution Day memorializes the signing of the most influential document in American history – The United States Constitution that was signed on September 17, 1787.  Senator Robert C. Byrd of West Virginia passed a bill in 2004 designating this historic day as the day for citizens to commemorate the historic signing.  He once said, "Our ideals of freedom, set forth and realized in our Constitution, are our greatest export to the world."