Ebooks -- Click on the Book Cover to Read It 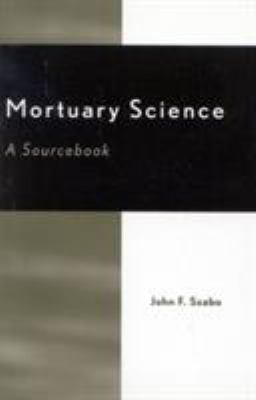 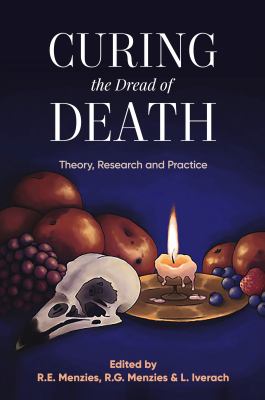 The dread of death has appeared throughout recorded human history in art, literature, song, myth, and ritual. In both ancient and modern societies, the spectre of death has always been with us, stalking the terrified living who seek to avoid its inevitable arrival. Our attempts to respond to the finitude of life range from ancient burial customs such as mummification to computerised chatbots which imitate the personality of those who have departed. Such efforts speak to the uniqueness of humans in their awareness of their own mortality. Yet death is not to be feared. Indeed, it may hold the key to living a vital, authentic life. The many authors of this volume argue persuasively that we cannot live fully without complete acceptance of the fragility and finiteness of life. This unique book explores the dread of death and its management from a wide range of perspectives with researchers and writers from a variety of cultures, academic traditions and disciplines across the globe. The fields covered are broad -- including palliative care and grief, psychodynamic theory, social, developmental and clinical psychology, sociology and anthropology, counselling practice as well as history, art, and philosophy. Not only is this book a fascinating journey into the very core of the human psyche, it is also a guide to our psychological health. The challenge we all face is to discover pathways to an acceptance of death that enables a life of significance and meaning.

The definitive reference on the anthropology of death and dying, expanded with new contributions covering everything from animal mourning to mortuary cannibalism. Few subjects stir the imagination more than the study of how people across cultures deal with death and dying. This expanded second edition of the internationally bestselling Death, Mourning and Burial offers cross-cultural readings that span the period from dying to afterlife, considering approaches to this transition as a social process and exploring the great variations of cultural responses to death. Exploring new content including organ transplantation, institutionalized care for the dying, HIV-AIDs, animal mourning, and biotechnology, this text retains classic readings from the first edition, and is enhanced by sixteen new articles and two new sections which provide increased breadth and depth for readers.

The A-Z of Death and Dying

This engaging and informative resource provides readers with an understanding of the social, cultural, and historical influences that shape our encounters with death, dying, and bereavement—a universal experience across humanity.• Provides comprehensive yet easily accessible and concise entries that offer insight into the expanding study of  death, dying, and bereavement•

Part counselor, part business person and part technician, the funeral director’s career allows those who enter it opportunities to exercise business expertise, and technical and interpersonal skills, and can provide an ever-changing work environment. 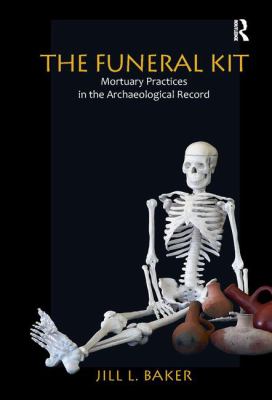 The Funeral Kit: Mortuary Practices in the Archaeological Record

Studies of mortuary archaeology tend to focus on difference—how the researcher can identify age, gender, status, and ethnicity from the contents of a burial. Jill L. Baker's innovative approach begins from the opposite point: how can you recognize the commonalities of a culture from the “funeral kit” that occurs in all burials, irrespective of status differences? And what do those commonalities have to say about the world view and religious beliefs of that culture? 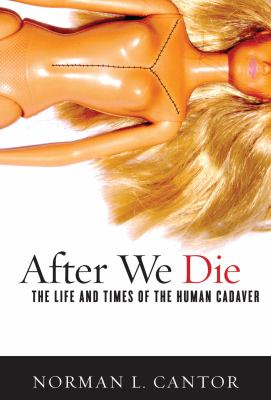 After We Die: The Life and Times of the Human Cadaver

What will become of our earthly remains? What happens to our bodies during and after the various forms of cadaver disposal available? Who controls the fate of human remains? What legal and moral constraints apply? Legal scholar Norman Cantor provides a graphic, informative, and entertaining exploration of these questions. 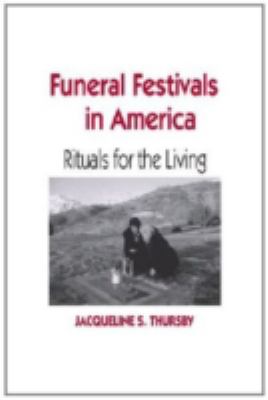 In Funeral Festivals in America, author Jacqueline S. Thursby explores how modern American funerals and their accompanying rituals have evolved into affairs that help the living with the healing process. Thursby suggests that there is irony in the festivities surrounding death. The typical American response to death often develops into a celebration that reestablishes links or strengthens ties between family members and friends. The increasingly important funerary banquet, for example, honors an often well-lived life in order to help survivors accept the change that death brings and to provide healing fellowship. At such celebrations and other forms of the traditional wake, participants often use humor to add another dimension to expressing both the personality of the deceased and their ties to a particular ethnic heritage. 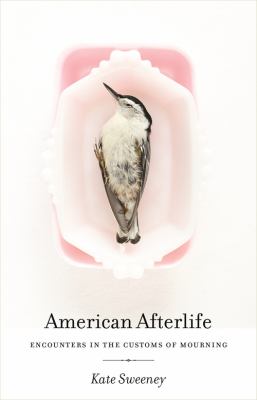 Someone dies. What happens next? One family inters their matriarch's ashes on the floor of the ocean. Another holds a memorial weenie roast each year at a greenburial cemetery. An 1898 ad for embalming fluid promises, “You can make mummies with it!” while a leading contemporary burial vault is touted as impervious to the elements. One mother wears a locket containing her daughter's hair; the other, a necklace containing her ashes.What happens after someone dies depends on our personal stories and on where those stories fall in a larger tale—that of death in America. 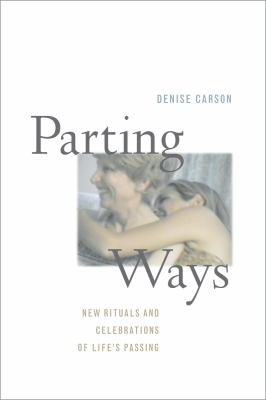 Parting Ways explores the emergence of new end-of-life rituals in America that celebrate the dying and reinvent the roles of family and community at the deathbed. Denise Carson contrasts her father's passing in the 1980s, governed by the structures of institutionalized death, with her mother's death some two decades later. 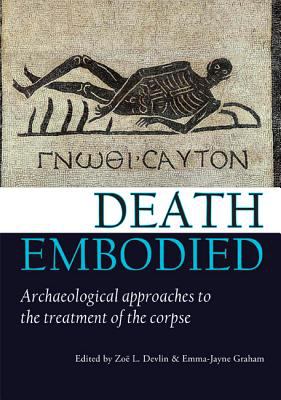 In April 1485, a marble sarcophagus was found on the outskirts of Rome. It contained the remains of a young Roman woman so well-preserved that she appeared to have only just died and the sarcophagus was placed on public view, attracting great crowds. Such a find reminds us of the power of the dead body to evoke in the minds of living people, be they contemporary (survivors or mourners) or distanced from the remains by time, a range of emotions and physical responses, ranging from fascination to fear, and from curiosity to disgust. 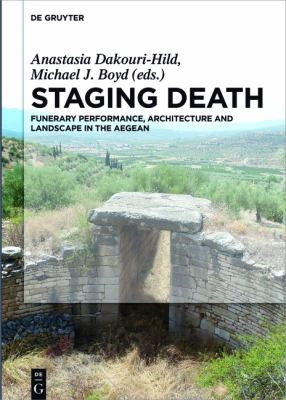 This book aims to identify ways in which to think about the deathscape as a cross between landscapes, tombs, bodies, and identities, supplementing and expanding upon well explored themes in the field (e.g. tombs as vehicles for the legitimization of power; funerary landscapes as arenas of social and political competition). The volume recasts a wealth of knowledge about Aegean mortuary cultures against a theoretical background, bringing the field up to date with recent developments in the archaeology of place. 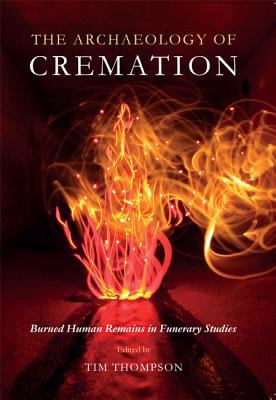 The Archaeology of Cremation: Burned Human Remains in Funerary Studies

The reader is introduced to the nature of burned human remains and the destructive effect that fire can have on the body. Subsequent chapters describe important cremation practices and sites from around the world and from the Neolithic period to the modern day. By emphasising the need for a robust methodology combined with a nuanced interpretation, it is possible to begin to appreciate the significance and wide-spread adoption of this practice of dealing with the dead. 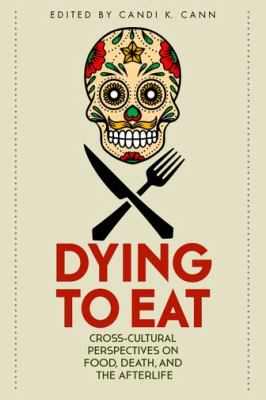 Food has played a major role in funerary and memorial practices since the dawn of the human race. In the ancient Roman world, for example, it was common practice to build channels from the tops of graves into the crypts themselves, and mourners would regularly pour offerings of food and drink into these conduits to nourish the dead while they waited for the afterlife. Funeral cookies wrapped with printed prayers and poems meant to comfort mourners became popular in Victorian England; while in China, Japan, and Korea, it is customary to offer food not only to the bereaved, but to the deceased, with ritual dishes prepared and served to the dead. Dying to Eat is the first interdisciplinary book to examine the role of food in death, bereavement, and the afterlife. The contributors explore the phenomenon across cultures and religions, investigating topics including tombstone rituals in Buddhism, Catholicism, and Shamanism; the role of death in the Moroccan approach to food; and the role of funeral casseroles and church cookbooks in the Southern United States. This innovative collection not only offers food for thought regarding the theories and methods behind these practices but also provides recipes that allow the reader to connect to the argument through material experience. Illuminating how cooking and corpses both transform and construct social rituals, Dying to Eat serves as a fascinating exploration of the food ways of death and bereavement.